“Ezra Pound’s Ragbag: The Cantos as Cento”, in Cento-Texts in the Making: Aesthetics and Poetics of Cento-Techniques from Homer to Zong! ed. Manuel Baumbach (Trier, 2022). 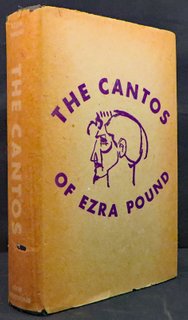 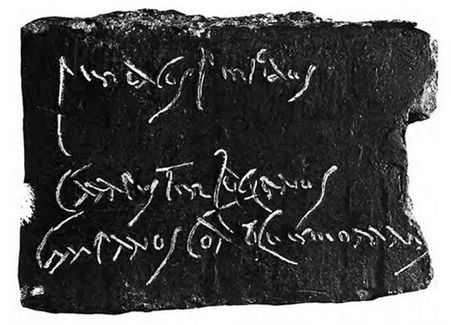 My paper (see PowerPoint presentation) explores ways that modern poems draw on the traditions and generic resources of ancient inscription. They may imitate, or purport to be, inscriptions, finding new expressive potential in the conventions of epitaph, epigram, motto and graffito. Or they may be ecphrastic: evoking or meditating upon some inscribed object.

Three strands run through the paper: reader, writer and medium. Classical epigraphists have described how carved inscriptions invite a particular kind of reading experience, in which the passer-by approaches, views and responds to the written characters: there can be a dialogue with the monument and a re-performance of what it enjoins or commemorates. How do modern poems evoke a comparable experience in the reader? Can today’s poets, consigned to a narrowly private sphere, borrow (or mock) the authority of public inscription? What are the settings in which poems are placed, and the materials on and with which they are inscribed?

I begin with brief examples from three moments in the history of English literature which inform recent discussions of the “materiality” of word and text: Old English epic, Metaphysical conceit and Romantic lyric.
The paper then examines poems by Pound and Cavafy. Modernism was partly a response to new intimations of the elusiveness of meaning and the purely symbolic status of language. Pound’s poetry aims at perpetual mobility and open-endedness, even while aspiring to the condition of sculpture. Cavafy’s “inscription” poems are both lapidary and ironic, re-enacting the composition and reception of Greek epitaphs and dedications.

I conclude that a recurring impulse of later twentieth-century poets is to gesture towards monumentality in work that is fragmentary, lacunose, or ultimately erased. Examples include texts by U.A. Fanthorpe and Geoffrey Hill and laconic visual poems carved at “Little Sparta” by Ian Hamilton Finlay.

“There died a myriad,/ And of the best, among them”: the deaths on active service of Modernist artists such as the sculptor Henri Gaudier-Brzeska and the poet T.E. Hulme lent a particular poignancy and ironic edge to Pound’s writing during and immediately after the First World War.   Having demolished what he saw as lethally false rhetorical and iconographic traditions Pound was wary of epitaphs and heroes; he turned to satire, parody and “translation” as more fitting forms through which to record the War.

My paper draws on poems Pound wrote in London between 1915 and 1920: Cathay, Homage to Sextus Propertius, Hugh Selwyn Mauberley and the earliest Cantos.   It explores the ways that Pound’s commemoration of “War, one war after another” is shaped by his reading and re-writing of classical authors, especially Homer, Pindar, Horace and Propertius.   I focus on three principal themes or topoi: the need for monuments, the ambiguities of the victor’s or poet’s wreath and the “old lie” of patriotic language.

I discuss Pound’s ripostes to Classical modes and forms: his distinctive versions of epic, epinician and elegy, and especially his Horatian epode (“E.P. Ode”), in which blame for men who start wars is as prominent as homage to those who die.   I acknowledge his invocations of Agamemnon and Actaeon as bringers of war but also his most moving classically-inspired tributes of remembrance: the libation and the planting of the single oar as grave-marker.

In conclusion I ask: how has Pound’s poetry contributed to, or remained separate from, the “long shadow” of the Great War in contemporary cultural memory?