On this page are abstracts of three essays:

I begin with an outline of ancient and modern receptions of Hesiod, establishing a context for the significance of Hesiod as an exemplary figure in Heaney’s work.  Heaney acknowledges an affinity with the farmer-poet, the source of a literary tradition which is inspired but rooted: rural and provincial rather than courtly, urban or cosmopolitan.  Distinguishing between “rural” and “pastoral”, he draws connections between Hesiod and Kavanagh, Burns and Clare, poets who influenced and authenticated his own style.  I explore the relation of poetic vocation to agricultural labour, discussing the encounter with the Muses in the Theogony and the Works and Days and its resonances in Heaney’s writing from the early “Personal Helicon” to Human Chain.  Of all the tasks of farming, Heaney (like Hesiod) returns most often to the “expert” art of the ploughman; I show how the shape and achievement of the ploughed field mirror those of the poem.  I conclude with Heaney’s recognition of Hesiod in the “Sonnets from Hellas”; how does the ancient poet signal the “continuous present” of the classical in the modern landscape? 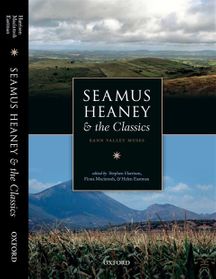 The chapter argues that Heaney’s encounters with Greece, ancient and modern, prompted him to explore the sources of his poetic vocation and to forge new connections between Greece and Ireland, landscape and myth.  Homeric epic and classical tragedy offered the modern lyric poet access to eloquence in times of public violence and in moments of more private self-discovery.  For Heaney a modern Greek harbour reflects both starlight and electric light.  Tangible elements of landscapes (stones, grass, ivy, water) inaugurate a figurative two-way journey between two countries, and eras, “far away and near”. 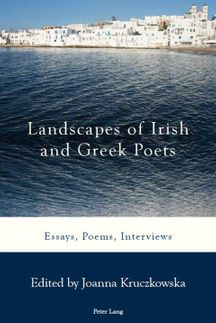 The nekyia is a familiar metaphor for the reception of antiquity; talking with the dead we understand the past, influence the present or foresee the future.   Plato, re-inventing the Homeric katabasis and nekyia, moralised the afterlife; his eschatalogical fables allow for judgement and punishment and therefore for redress.

My chapter examines Seferis’ ‘Επί ασπαλάθων’ and Heaneys’ rejoinder, “To George Seferis in the Underworld”, alongside Heaney’s essay The Redress of Poetry.   Plato remains “the court of appeal”.   I argue that a classically-informed poetry of redress will have three distinctive features: an insistence on the local, specific and topical; direct reference to a classical text; a primary allegiance to the integrity of the poetic imagination.

Heaney’s confrontation with the shade of Seferis reveals correspondences and contrasts between two national literatures (Irish and Greek) as each poet tests the authority of the classics in the contemporary public sphere. 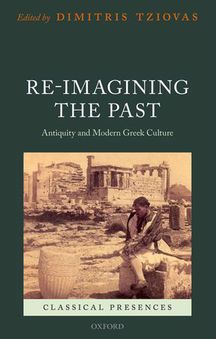