The Literary Uses of Dictionaries 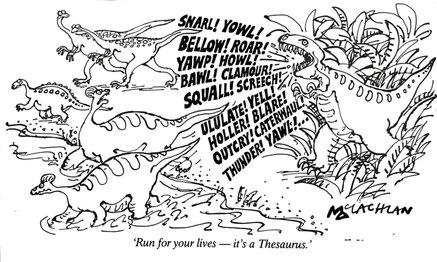 Women Writers and Readers in the Oxford English Dictionary

My paper asks: how did women, as contributors and subjects, stand in relation to the establishment, development and cultural mission of the Oxford English Dictionary (OED)? Of all the great Victorian learned projects (the ninth edition of the Encyclopaedia Britannica, the Dictionary of National Biography, the Victoria History of the Counties of England) the OED drew most extensively on the work of women: as the writers of texts from which words and illustrative quotations were drawn and as the voluntary readers and paid editors who compiled the text of the OED itself.

Now that the OED offers a selection of electronic searches and its process of compilation can partly be reconstructed from the archives, we can begin to identify the women (both well-known and obscure) who responded to the “Appeal to the English-Speaking Public” to “read” for the new dictionary.   Which works did they choose to cite and what exactly were they looking for?   Did their choices reflect or reconstitute the canon of English literature as it existed in the late nineteenth century?   Did the writers themselves provide aids or challenges to the process of definition?

I offer examples of both eighteenth- and nineteenth-century women writers as they appear in the OED, and attempt to account for some of the explicit or tacit principles which governed their selection.  (Some examples of numbers of quotations per writer in the second edition of OED (OED2): Jane Austen 1,093; Mrs Beeton 206; Aphra Behn 181; Elizabeth Barrett Browning 1,486; Maria Edgeworth 1,167; Felicia Hemans 164; Jean Ingelow 89; Mary Wortley Montagu 11; Florence Nightingale 159; Adelaide Anne Procter 6; Christina Rossetti 134; Hester Thrale 18; Queen Victoria 158; Mary Wollstonecraft 79.)  I also explore continuities and discontinuities in the ways they were approached by the readers for the original OED and for its twentieth-century Supplements. Finally, in reporting on the progress of the online OED (OED3) I suggest ways that we can contribute our knowledge of the women writers of the past to secure them a place in the dictionaries of the future.

Richardson’s eccentric New Dictionary of the English Language (1836-7) has no definition field, relying entirely on quotations to establish and demonstrate meaning.   It offers a intriguing approach to the relation of citation to definition, an under-theorised area in historical and current lexicography.   Drawing on discussions of quotations in Johnson (Kolb and Kolb 1972), Webster (Micklethwait 2000), Webster’s Third (Morton 1989) and OED (Taylor 1993, Silva 2000, Fowler 1998), my paper explores Richardson’s reliance on literary texts as both source and illustration of meaning.

I investigate the tension between “literary” language and the very different, systematic, ordering of sense that is the business of the lexicographer: are writers credible “witnesses” of language (Willinsky 1994, Hill 1989) or do they remain a challenge and irritant to the dictionary maker (Burchfield 1987)?   I discuss the selection, ordering and contextualisation of quotations, their use and misuse in establishing or unsettling meaning and their sometimes unassimilable autonomy within works of reference and record.